Stress caused by the coronavirus is not only destabilizing marriages it’s also increasing domestic violence in Japan. Anticipating the increase, Japan’s minister for women’s empowerment launched a national hotline in April. Domestic violence researcher Tomoko Suga said one woman came to her for advice after unemployment drove her husband to alcoholism and physical abuse.

For the past 16 years, reported violence in Japan between spouses, as well as between parents and children, grew annually. This year, Amnesty International said the number of Japanese women reporting violence in April was 1.3 times higher than a year ago.

Even without violence, marriages are strained. This year, the term “corona divorce” began trending online as stress from lost jobs, reduced income, and telecommuting ignited conflict in the country.

One Tokyo-based company tried to avert the anticipated wave of breakups by providing short-term rental units in several cities. “The goal is to avoid divorce,” company spokesman Kosuke Amano told Kyodo News. “We hope couples first distance themselves and think about [their marriage]. For our part, we will provide rooms that they can live in and an environment for teleworking.” —J.A.S.

Marriages on the rocks

There is always hope for a marriage. Comment if your marriage needs help.

See The Heart of Man

The Heart of Man from Fantom Events

I earlier featured one of the Relevant Magazines Top 10 Albums of 2016.  It is 2017 but I wanted to put a note in on the Touching Heaven album by Johnny Swim.  I love it’s tribute to marriage–I presume the devoted love is within the context of marriage.  That is the most joyous source.

Here is Touching Heaven. Don’t we all want that?

END_OF_DOCUMENT_TOKEN_TO_BE_REPLACED

The Garden of Eden and the Value of Marriage

In Matthew 19, Jesus is debating with some theologians about divorce. They want to talk about divorce. He says, “Let’s go all the way back to the beginning. Let’s talk about marriage.” And he quotes Genesis 2 with regard to our marriages today in an imperfect world. So Jesus says that every biblical marriage today, though imperfect, is as sacred, divine, and amazing as the marriage of Adam and Eve in the Garden of Eden.

If life goes in waves, mine are rolling in faster and higher. In fact, I’m a bit seasick.

Weren’t we just children whom someone else worried about? Then college students, totally independent except for our parents’ money? Fast forward to marriage, careers, and kids of our own to worry about.

Weddings now fill the horizon as friends of our 20-something kids begin echoing “I do’s.”

END_OF_DOCUMENT_TOKEN_TO_BE_REPLACED 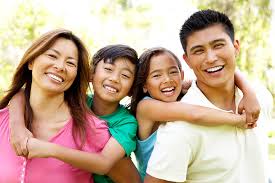 Council promoting family as the core unit of any stable society.  I am not proud of America in this regard.  Our rep and many European representatives on the Council opposed this resolution–why?  Russia and Saudi Arabia are greater promoters of family than the United States?

I like what World Magazine said about this resolution and the outcomes.

The United Nations Human Rights Council passed a resolution in support of the traditional family in early July. The vote—29 in support and 14 against, with four abstentions—split the council along clear lines, with a group of mostly poorer developing nations across Asia, Africa, and South America defeating the United States, all the European nations, and a few other developed countries who opposed the resolution.

The resolution, co-sponsored by Saudi Arabia and Russia, reaffirms the family as the natural and fundamental unit of society and urges member states to take action to support and strengthen families. It notes that the “contribution of the family in society and in the achievement of development goals continues to be largely overlooked and underemphasized.” The resolution encourages countries to set pro-family policies that support family functions such as caring for the elderly and balancing work and parental responsibilities. China, India, Kenya, Algeria, and Vietnam also voted for the resolution.

Supporters heralded the document as a “monumental development for the pro-family movement,” said Rebecca Oas of the Center for Family and Human Rights (C-FAM).

My pink grapefruit example helps us evaluate our use of questions and how to make them more effective.

I bought a box of pink grapefruit from a guy at work. His school-aged child was selling it for some cause at school. The list had other citrus on it but I rarely have a pink grapefruit even though I love them and I thought my wife loved them too.

We were out to a restaurant this evening and I brought up the fact that I purchased the box of grapefruit. That’s when it started–20 questions. Actually not 20 because I was disturbed after 4 questions but they kept coming? “Why did you do that, you didn’t ask me first?” “What did they cost?” “Who did you buy them from?” “What else did he have on the order form?” “Why didn’t you buy oranges? I like oranges more than grapefruit.”