Solitude and silence are the most radical of the spiritual disciplines because they most directly attack the sources of human misery and wrongdoing.  To be in solitude is to choose to do nothing.  For extensive periods of time.  All accomplishment is given up.  Silence is required to complete solitude, for until we enter quietness, the world still lays hold of us.  When we go into solitude and silence we stop making demands on God.  It is enough that God is God and we are his.  We learn we have a soul, that God is here, that this world is “my Father’s world.

END_OF_DOCUMENT_TOKEN_TO_BE_REPLACED

“God rest ye merry gentlemen, let nothing ye dismay.
Remember Christ the Savior was born on Christmas Day.
To save us all from Satan’s pow’r when we were gone astray.”

I said to My gentlemen this morning: “May we be His gentlemen today!”

I just read this morning of King David–in the line of our Messiah.

King David sinned greatly against himself, against his Nation, against a woman and against His Lord. He awareness was clouded, His spirit was numb, His soul was distorted. He was for all practical purposes lost. Satan’s pow’r was reigning in his life and domain.

It took a prophet to make him sober, see the gravity and depth of which he had fallen so quickly. He did repent and also paid dearly in consequences.

Satan’s pow’r roams now and He goal is to take you down–even in this beautiful season. Guard your heart with all diligence because he is on the prowl.

Pray! Claim the protection of the Lord and His Spirit. Do not fear! The Lord makes a way forward when our circumstances says to us there is no way. You will move forward in His care.

Christmas Eve gifts to you!

I’m tired of all the people denying that we are. No matter what your intentions are, you’re honestly not helping anyone by denying that it’s happening. Just go to Egypt. See for yourself how the Copts are treated. Ask them if they know someone who has been killed in the bombings, you will likely find someone who knows someone who was killed or injured by them or the mobs. Egypt has problems with the way it treats the Copts. That’s an observable fact. In some parts of Cairo and the rest of the country, I get stared at and harassed if I go without hijab. That shouldn’t happen. None of this should be happening frankly.

An Islamist mob burning down a church.

END_OF_DOCUMENT_TOKEN_TO_BE_REPLACED

The LORD is God and You are Not!

In Illinois, the Satanic Temple of Chicago got permission this year to erect a sculpture stepping on Christmas. Placed near a Nativity, a Christmas tree and a Menorah in the Illinois Capitol’s rotunda, the edifice depicts a snake wrapped around a woman’s hand as she holds an apple. It makes Satan the hero for promising that if Adam and Eve ate the forbidden fruit, it would render them “like gods, knowing good and evil.”

Also in the rotunda is a sign that says “religion is but myth and superstition that hardens hearts and enslaves minds.” That would be news to the Christians who led the fight against slavery, fought for civil rights, ended child labor, founded hospitals and advanced the concept of mercy in a very cold world.

Since this kind of detail is absent from most school history books, the results of the Grinnell survey should not come as a surprise, nor the official acceptance of a Satanic sculpture as morally equivalent to a creche.

The good news is that despite all their best efforts to snuff them out, the lights sparkling in commercial splendor and on front lawns all across America still point to a baby born 2,000 years ago who brought God’s love for humanity into startlingly bright focus.

• Robert Knight is a contributor to The Washington Times. His latest book is “A Nation Worth Saving: 10 Steps to Restore Freedom” (djkm.org/nation, 2018).

Today’s cultural vandals can look back for inspiration to the 20th century. In the atheist Soviet Union, the Communists got rid of St. Nicholas and replaced him with the secular “Grandfather Frost.” In 1938, when Germany’s Nazis annexed Austria, one of the first things they did was to ban Christmas observances in public schools. As Maria Trapp of “The Sound of Music” fame recounts one of her children saying, “In school we are not permitted to sing any religious songs with the name of Christ or Christmas. We can hardly sing any Bach for that reason.”

Some of the pressure to downplay Christmas in America comes from Grinchly atheists, but some of it’s the work of liberals terrified of offending immigrants from predominantly Muslim, Hindu or Buddhist countries. Where else in the world do countries willingly shed their cultural heritage so that newcomers won’t be offended? Well, OK, Europe. That continent is trying to live down its Christian past so that, as Mark Steyn has chronicled, Eurabia can rise in its place.

Even though Islamic doctrine opposes much of the liberal social agenda, progressives have elevated it and other religions as a wedge against their real foe, Christianity.

“For example, the arrival of a small Muslim group in a large Christian-populated town allows Democrats to argue that religious equality requires the cultural visibility of Christianity be reduced to the same level as Islam,” Breitbart’s Neil Munro explains in an article about the Grinnell findings.

Following public backlashes in California and Virginia over the introduction of Islamic concepts in public schools, defenders of the practice insisted that a well-rounded education include comparative religion. That’s not a bad idea, but it’s not the same as honestly teaching the importance of the Bible and Christianity to America’s history and government structure. You can’t really understand America without it.

All too often, offering “comparative religion” has meant pretending that all religions teach the same thing. In Georgia, for instance, in 2015, a sample classroom guide said that Islam, Christianity and Judaism share the “same God,” which is patently false.

In Staunton, Virginia, a high school session on comparative religion had students copy in calligraphy the Shahada, the Islamic statement of faith, which says, “There is no god but Allah, and Mohammed is his messenger.” 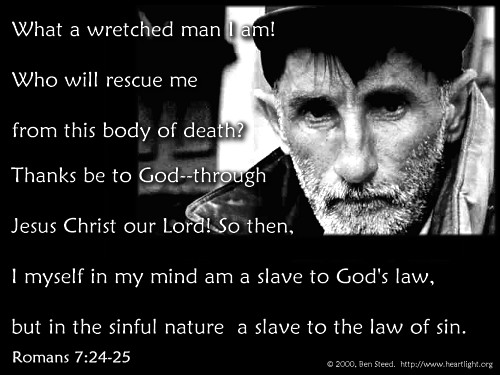